The OXE300 provides significantly more torque and reduced emissions, fuel consumption and operational costs compared to gasoline-fueled outboards. OXE300 consumes up to 46% less fuel compared to a 300hp gasoline outboard. Carbon dioxide is reduced by more than 35% (when biofuels are used net Carbon dioxide is reduced by up to 94,2%), carbon monoxide by more than 99%, and combined hydrocarbons and nitrogen oxides by more than 70%. This reduction significantly contributes to a reduced environmental impact. Reduced fuel consumption combined with reduced drag extends the operational range by 87%.

The powerhead of the OXE300 is a marinized bi-turbo automotive configuration from BMW that provides its full 680Nm (502ft-lb) of torque at the crankshaft already at 1750rpm, at 1000rpm the engine provides over 500Nm (369ft-lb). At the propeller shaft, the torque numbers translate to 945Nm (696ft-lb). These are torque numbers that were previously unheard of in the outboard industry and provide the user with massive bollard pulling power, as well as fast hole shot acceleration.

The L6 bi-turbo engine and the specially designed gearbox of the OXE300 have been extensively tested in the laboratory, in DYNO-cell and on water, to withstand the increased torque and power delivered. The technology is a unique development that transforms the industry through increasing reliability, power and control without introducing the need for bigger and bulkier, shafts and bevel gears that introduces drag in the underwater body.

The primary customers for the OXE300 are governmental, transportation, and search and rescue organizations and other users with high load and speed demands.

The powerful high torque of the 6 cylinder Bi-turbo diesel engine manifests itself throughout the OXE300. Together with the modular design and robust transmission, it provides the users with reliable options to use the engine as both a powerful workhorse and a high-speed solution.

Diesel provides for high efficiency and torque. It gives increased load capacity and greatly reduced fuel consumption compared to gasoline, increasing the range by up to 87%.

Due to a significantly lower fuel consumption than a leisure outboard, the OXE Diesel offers the user unprecedented range. The fact that OXE Diesel runs on diesel gives the user the ability to refuel from larger diesel-powered vessels or marine-based platforms that further increase the versatility. This greatly increases operational runtimes for operators who predominantly use diesel as the main fuel. The OXE Diesel also has great fuel economy and uses 46% less fuel than a modern, leisure, gasoline outboard.

The reduced fuel consumption is a key factor to why the OXE Diesel engine emits significantly lower CO2 than a gasoline outboard engine. One liter of diesel produces approximately 2.69kg CO2 and one liter of gasoline produces 2.36kg CO2 when ignited. Since the OXE Diesel consumes up to 46% less fuel than comparable gasoline alternatives, the OXE Diesel reduces CO2 emissions by over 35.5%.

When fueled with BioDiesel, OXE300 reduce net CO2 by up to 94.2% compared to gasoline outboards.

Just as with CO2, the reduced fuel consumption is a key factor to why the OXE Diesel engine emits significantly lower CO when comparing the OXE Diesel to pleasure craft gasoline outboards. The much stricter directives that exist in the automotive industry, such as for example the EPA Tier III regulations, have directly benefitted the OXE Diesel engine since its powerhead is derived from the automotive industry. In accordance with EPA Tier III, one litre of diesel should only emit 8.36g while the non-regulated gasoline engines can emit up to 620g/l.

Lower fuel consumption means that the OXE Diesel engine emits significantly lower HC and NOx than gasoline outboard engines. One liter of diesel produces approximately 17.8g of HC+NOx when ignited, compared to 33.4g of HC+NOx for one liter of gasoline. 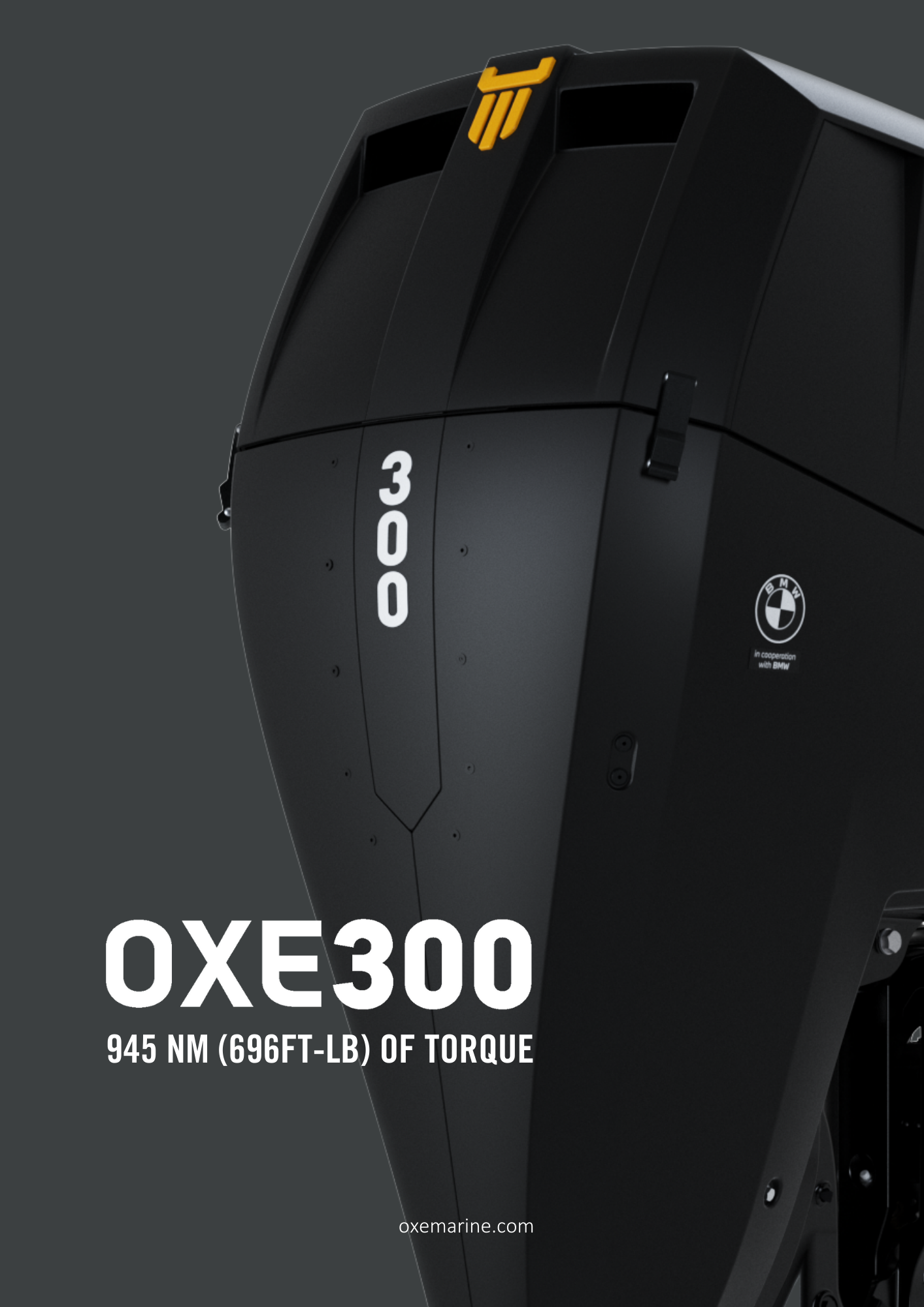 Thank you for your message. We will get back to you shortly.

For the yacht tender

Need help finding an OXE dealer near you? Select your location below.

Learn more about how we treat personal data

You must agree to the terms
Thank you for your message. We will get back to you shortly.
-